“Turns out today is Mother’s Day, today we pay love forward to our mothers, but I don’t think mother can describe all the things Colleen has done for me,” wrote Collin, who turned 16 along with his five siblings on Sunday, May 10. “Yes a mother clothes her children and cooks for them but it’s the best feeling when your mother or mother figure is one of your best friends and always has your back, the one who always shares that laugh of the humor only you guys get.”

“I could call it Mother’s Day, but it’s more than that, Colleen, you are so much more than a mother to me, you are one of my guidelines and one of my guiding lights,” he continued in his Instagram post that featured a pic of him with his arm around Conrad, who has been dating Jon for almost six years. “Thank you doesn’t say enough, I love you so much and you’ve done so much for me that claims you my strong, happy, loving and awesome mother figure, you’re irreplaceable. Thank you so much Colleen love you so much!!!” 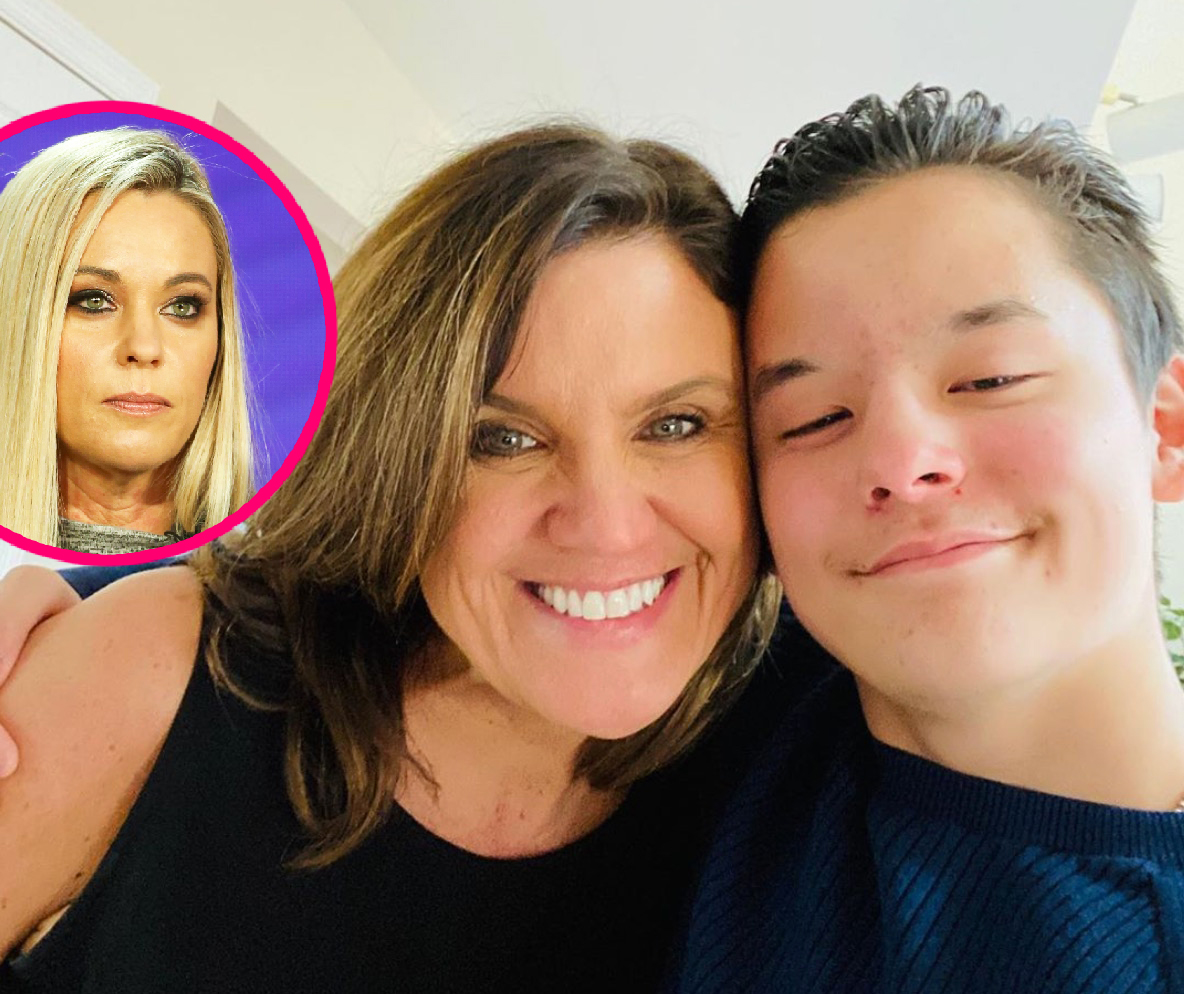 His post came after Jon, 43, shared his own tribute to his sextuplets — Collin, Hannah, Leah, Joel, Alexis and Aaden — on Sunday in honor of their birthday.

“Happy 16th birthday to Hannah & Collin!!! I miss you Leah, Joel, Alexis and Aaden. I hope your 16th birthday is just as memorable!!! Love, Dad,” the Jon and Kate Plus 8 alum, 43, wrote in an Instagram post.

Collin and Hannah currently live with Jon in Pennsylvania, while the rest of the kids and their older siblings, twins Cara and Madelyn, 19, live with Kate. The estranged exes split in 2009 after 10 years of marriage and have battled over custody of their kids ever since.

Collin came to live with Jon in 2018 after writing to his dad and asking him to remove him from the special needs boarding school that Kate sent him to more than three years earlier.

“I told Mom I want to live with you, she said no. But right? She can’t choose for me. I’m old enough now, I’m YOUR son, not hers. She was abusive to me after I left your house. I’m sorry. Take this to court because … you’re my dad, my savior,” Collin, who has been diagnosed with ADHD, wrote in a heartbreaking letter to Jon in June 2017 that was obtained by DailyMailTV. “Please help me and let me meet Colleen. I’m counting on you to get me out of here. Daddy, I love you. save me. Please come FAST. I love you. Help me. BYE.”

Jon, who went to court to get custody of his son, said in an interview with Alec Lace on the “First Class Fatherhood” podcast in February that Kate has “no contact” with Collin.

He said he was trying to “get family therapy” because “we have parent alienation and sibling alienation.”

Collin shared four photos of himself outside his dad’s home on Sunday as he marked his birthday and looked forward to what’s ahead.

Mon May 11 , 2020
As MLB and the MLBPA work to figure out a plan for 2020, the COVID-19 pandemic is already forcing events to be canceled in 2021. According to Enrique Rojas of ESPN, the 2021 World Baseball Classic will not be held as scheduled. The tournament was set to expand to a record 20 […]