Spoilers ahead for Insecure Season 4, Episode 5. After weeks of buildup, we finally learned why Issa and Molly are no longer friends on Insecure. In some ways, their falling out was inevitable. Friendships naturally ebb and flow, communication breaks down. Not to mention the fact that these two get into spats easily. But their no-holds-barred brawl at Issa’s block party was a long time coming.

It’s interesting to note that the two women’s roles have essentially reversed. In the first three seasons, Issa was the one with the boy problems — with Lawrence, Daniel, and finally Nathan, who pops back up in Episode 5 after going off the grid. Now it’s Molly with the boyfriend, and she’s desperate not to sabotage her relationship with Andrew. Issa, meanwhile, has become serious about her career, dedicating all of her energy into making this block party happen. This workaholic attitude is typically reserved for Molly, who has only recently begun balancing her personal and work life in favor of Andrew.

Neither Molly nor Issa know how to navigate the new roles they play in their friendship and are filled with stress about potentially messing up the good things they have going with Andrew and the block party, respectively. So they lash out at each other. Small grievances become outsized when they refuse to talk it out; instead they each ask their friends if the other has been talking sh*t about them. Like Molly tells Andrew early in Episode 5, “I love her, but I don’t really like her right now.” And that’s before their epic screaming match. 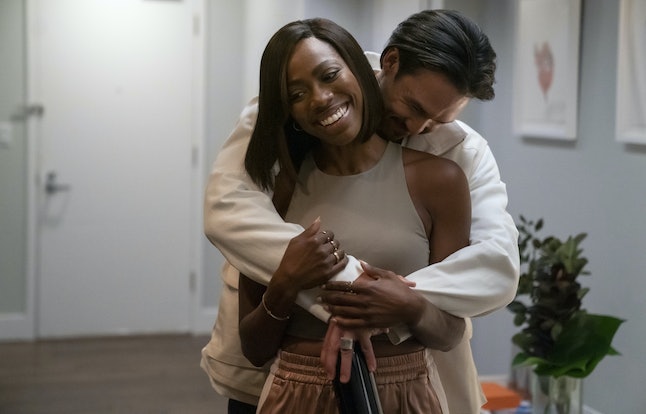 Molly’s been upset with Issa for a variety of reasons this season — because she and Condola became close so fast, because Issa blew off their friends while Molly was making the effort to support Tiffany postpartum — but the common denominator has been Issa’s preoccupation with the block party. Issa, in turn, has been making hurtful remarks about Molly’s romantic track record, implying she will eventually mess things up with Andrew.

But things finally come to a head after ScHoolboy Q drops out of the block party, and Issa asks her best friend to have Andrew use his connections at Live Nation to help her secure a new headliner. Molly refuses, afraid to sabotage her relationship. Issa then has Nathan ask his roommate, instead, and Andrew comes through with Vince Staples (whose mere presence causes Issa’s intern’s nose to bleed).

Molly doesn’t find this out until the block party, however, and she’s pissed, accusing Issa of stabbing her in the back. “You keep making up problems!” Issa tells her. “You keep focusing on sh*t that I need to fix when you need to fix your f*cking self!” Molly retorts that nobody has more drama than her and accuses Issa of using people. 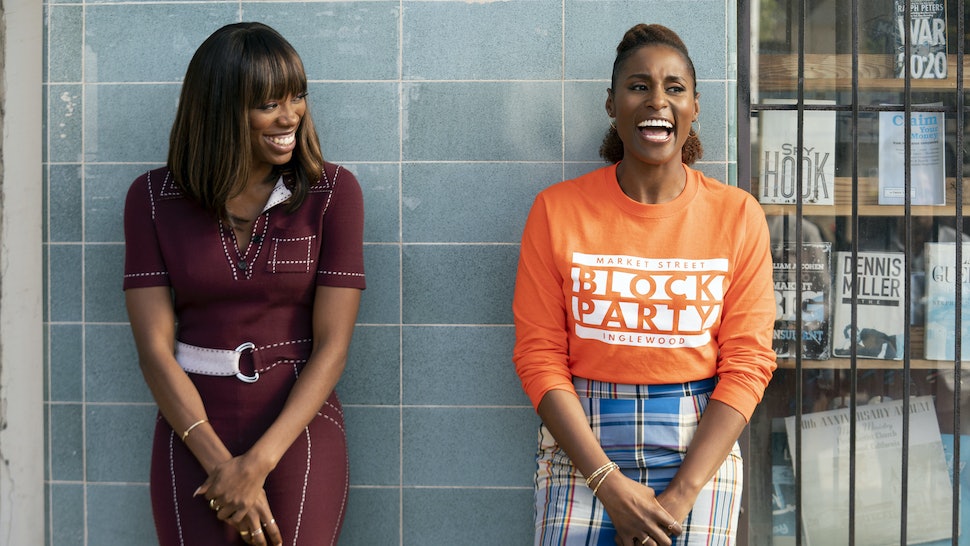 It’s clear that they’re projecting their own insecurities onto each other — just in the messiest way possible. But it can be easy to find yourself in a bad spot with friends. Perhaps both of you are busy and can’t seem to find the time to connect (this is especially true if you’re navigating long-distance friendships during the quarantine). Small comments can get blown way out of proportion, and before you know it, you’re screaming at each other in public. Perhaps you’ve suddenly found yourself in a toxic friendship without realizing how you got there, and neither of you want to be the first to apologize.

Where things leave off, the two women are on the outs, and it’s unclear whether they’ll try and reconcile or not. But knowing Molly and Issa, there’s still a chance they’ll be having their Self-Care Sundays again in a matter of weeks, if they can put down their pride for a second. And to think that this whole debacle could have been avoided if they’d just communicated with each other.

Mon May 11 , 2020
“The Last Dance” — ESPN’s 10-part documentary chronicling the 1997-98 Chicago Bulls — hit a high point on Sunday for a series that, as promised by director Jason Hehir, just keeps getting better. To be fair, every episode has been a home run. Ratings are through the roof. But Sunday’s […]