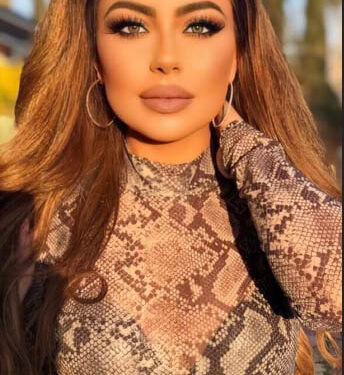 We got the opportunity to do a public interview with Uldouz Wallace. So we asked her the top five questions and this is how it went!

1) What got you into social media in the first place?

I actually went to school and got an MBA in marketing, when I graduated I started an online marketing company. After a while I also went to groundlings and started writing comedy for Will Ferrells “funny or die” and Marlon Wayans “what the funny”. I combined my comedy and my knowledge in marketing to grow their online presence. After doing that for a while, I just figured, why don’t I do this for myself, that would give me more work and visibility with my acting, etc. I started acting in Vancouver and had a lot of success.

2) Do you support other upcoming influencers?

Yes! I always scout for new upcoming influencers to collaborate with. I like people that are different and don’t follow the trends.

3) What keeps you motivated every day?

Every day I try to be better than the day before or at least try. Even if I might fail I know that it’s better than just sitting on the couch.

Yes all the time, I think actually most of the hate comes from other influencers, it’s used to be the old school urban viners, now for some weird reason is a lot of hot chicks and men that can’t get laid, that hate the most

5) If you had one thing to say to upcoming influencers what advice would you give them?

Just get prepared to work hard. Influencers like myself work hard and for free for years in order to get to where we are. It’s not going to be easy. A lot of people are going to try to bring you down and you have to put in a lot of sleepless nights, days, etc.

It’s not as easy as it might look. It took me 10 years to get to where am at through a lot of collaboration with YouTube stars, the old viners, Instagram influencers, etc. Also keep in mind that although a lot of these people might seem nice, they’re not the easiest people to deal with.