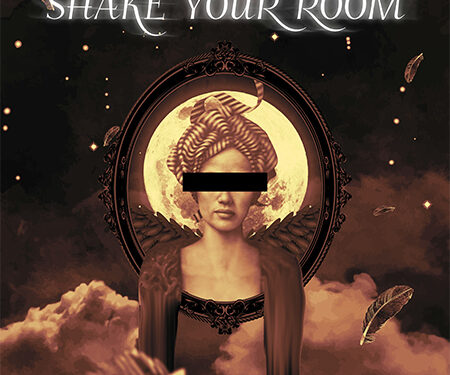 On January 7, 2022, the Swedish Reggaeton musician “UFFEII” will release a new song titled “Shake Your Room” This is his debut English single, combining Spanish words.Ufuk Ekici, popularly known as Uffeii, a young Swedish artist, has just released his latest hit, “Shake Your Room.”

In an interview Uffeii said that “Music has always been my greatest passion, and I finally realize my aspirations.” “I truly want to make people happy with my music, which is especially crucial in these difficult times,” he continued.“I took my soundcard, microphone, and laptop with me to a parking lot in Gothenburg, Sweden, and recorded it there.”

Uffeii was motivated to write his first songs by his love of reggaeton – a music style originating in Puerto Rico and influenced by American hip hop and Caribbean music – and Latin grooves.“I recorded this song largely in my car,” UFFEII says,

“This song is about a mysterious girl for whom you would do anything to have a bit of that mystery and take her to another spectrum when she is with you,” UFFEII explains.

I also rented a cabin in woodland outside Gothenburg, Sweden, to record some songs there.It was quite pleasant to travel to the cottage and disconnect from everything to record this song. Later, I moved to another cottage in Stockholm, which was in a different region of Sweden.

Uffeii, originally from Gothenburg, Sweden, but currently based in Malta, started his artistic career as a DJ – when he realized that what he wanted to do was compose and perform his unique music.

I was there for a week with a friend, just recording this song and witnessing some wild animals, mostly deer. It was much fun and inspirational to see how free they were out there. I am a big fan of animals!

Instead of an intense party song, that prompted me to write another more calm and loose song. Because Uffeii lives in Malta, he wanted to film the music video on “this lovely Mediterranean island.”

“Shake Your Room” portrays the narrative of a man on the hunt for his perfect love. Monika Jarosinska, a Polish celebrity actress and filmmaker, was in charge of the music video’s production.

“The lyrics are based on a real-life incident in which I observed a female dancing in a bar the other day.” “Unfortunately, I was unable to see her again, but it was this mystery female that inspired me to write this song,” Uffeii explained.

Uffeii worked with content agency Clubhouse Europe and manager Briam Mifsud to create the video created by M4E Production. However, speaking of party songs, the song that follows “Shake Your Room” is yet another strong party tune. I can’t wait to share the new music!

Uffeii’s career is just getting started, and he is already working hard on his future hits.”Shake Your Room” is in the vein of the very famous reggaeton genre — to create his first single, Uffeii worked with talented beatmakers Beatdemons, his manager Aryan Roozy Talab, and his coach Patrick Kinni.

I”Shake Your Room” is available on Uffeii’s official Spotify, YouTube channel, and all major music shops and streaming platforms, , moreover, you can also follow him on Instagram for more updates.