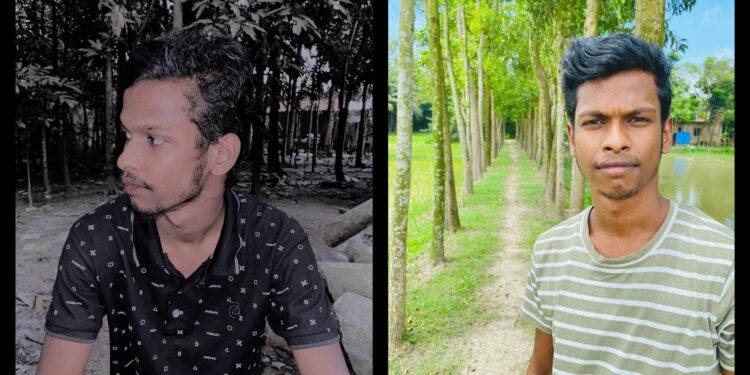 Nov 9, 2018, That day was Tuesday. Masud Khan and Masud Ibn Khan spoke in a room at the MK Media head office in Motijheel, their workplace at the time. There was a short talk in the gap of work that day. Said to go home. On Friday he spent time at his Green Road home.

There was a lot of talks that day while eating biscuits and chanachu.  With music, with the music market of that time.  With the younger generation of artists.  It seemed that Masud Khan and Masud Ibn Khan were quite optimistic.  He encouraged the newcomers in many ways.  They believed that even at this time, good songs are being sung, songs will last.  They also had a positive attitude towards the band and pop music. Some parts of the two-day conversation with them have been published now.  In that interview, I once again got to know the legendary artists of modern Bengali music, Masud Khan and Masud Ibn Khan.

And to get rid of this influence, a handful of artists used their musical talent, knowledge, and will to create a new chapter in modern Bengali music. In this context, the first person whose name comes up is Masud Khan.  Masud Ibn Khan, Abdul Ahad Chowdhury, Kamal Hossain, Alauddin, and others were also present.  They sang our own lyricist and composer in a completely new way and made modern Bengali music stand on a platform. Another trend was created after independence. Then the effect of folk songs in the song. At that time it was Kandari, Firoz Sai, and others.

You have a great musical life. Which artist’s song has influenced you the most in this life?

Masud Khan And Masud Ibn Khan: Unbeknownst to us, listening to music since childhood, we both became fans of the famous singers of the subcontinent Pankaj Mallick, Sandhya Mukherjee, Manna Dey, Jagjit Singh. We still hear their songs, which affected our two guns then.

Who is the main contributor behind today’s Musician Masud Khan?

Masud Khan Musical Artist: It’s hard for me to say. Because there are so many contributions to my music career, it’s hard to tell one by one. Because I have taken music training from many people. Was a master. Someone taught me to sing in school.

Who is the main contributor behind today’s Musician Masud Ibn Khan?

Masud Ibn Khan: My father used to write stories and poems. I was fascinated by the poems and stories written by my father. Then I did not stop myself. I started writing poetry at the age of six after seeing my father.  After that, I have written several poems one after another and I am doing music. Later they were used as songs in various albums. My song came to my mind with the inspiration of my father. I am now a world-famous Musician artist and composer.