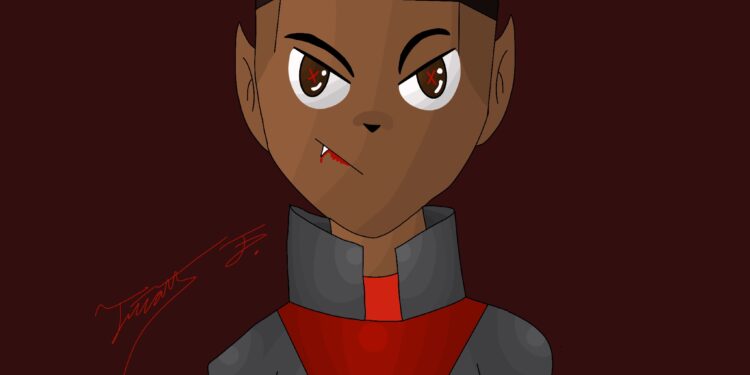 Tiwaii Funchess -a 15-year-old contemporary artist is turning into a sensation, thanks to his great artistic capabilities. Amid the COVID-19 pandemic, Tiwaii became one of the most searched artists. He even achieved thousands of followers on Instagram.

Tiwai began developing his skills at an early stage. Eventually, his simple yet unique style of art made him accomplish his goal at such a tender age. Millions of people, including prominent artists around the world, have recognized his artistic brilliance. The influence from artists like Takashi Murakami, Swaelee, Virgil Ablo has a tremendous contribution to his creativity during his early Life.

Tiwaii Funchess, born in South Carolina on 14th June 2006, is an African- American. His extraordinary talent was recognized when he started drawing at the age of 3. At 10, he moved to Charlotte and started learning digital art.

Tiwaii’s parents always backed him to achieve what he always wanted. They believed in him, they bred, nurtured, and helped him flourish. That gave him a purpose, a purpose to redefine his artwork into a true masterpiece. He says, what he loves most about art is, – the freedom to express his ideas. While everyone does with their mouth, he goes a level up to ‘say it all’ with his creative art pieces.

In a league of millions of artists, Funchess has developed into a unique talent. While age is just a number, he is way ahead of designers and artists in his industry.

The young contemporary artists’ artwork is simple, unique, and resonating. His approach is extremely different. While he reimagines the faces of famous personalities and then gives them a cartoonist impression. His innovative approach made him popular and brought him immense praise.

He has perfectly blended the esthetic of American culture and Japanese cartoons. These are mainly symbols and icons that represent the complex theme of imagination, violence, and technology.

The Success of Funchess

He has succeeded to make a strong fan base in social media within a year. Now he has a 21k following on Instagram and has collaborated with various artists, social media communities, and music industries.

Undoubtedly Tiwaii is going to make it big in the coming days.

An Insider About the Young Artist Many people don’t know that Tiwaii is ambidextrous. He always leaves his signature on his artwork, digitally or manually. He has not gone to any conventional art school. What he has achieved is out.