Arixx’s brand new track ETERNITY will be out on next January !!!! 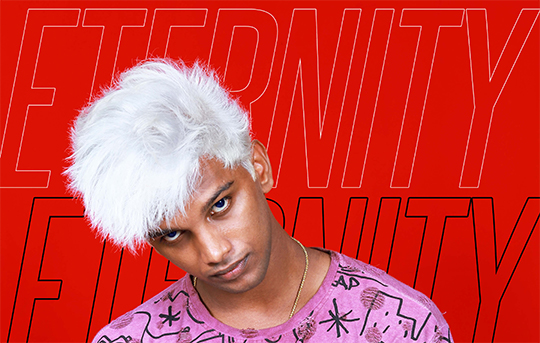 Arixx is one of the most popular multi-style house DJ hailing in Sri Lanka who was inspired by EDM. Born in the year 1997, who’s hometown is Negombo. Arixx’s passion for house music arose when he was a kid and until now he has experimented with different arts combined and has added uniqueness to his creations.

It was love and passion from the start and from that very beginning there were no limitations nor turning away from the music and vibe that is trance. Lately, he bought his first console, and with his first attempt of mashing up 2 hit records, the magic of music was revealed soothingly.

As a DJ, Arixx has become known for his magnificent basslines and festival-ready tracks which alternate between hard grooves and crowd jumping pieces. In 2016 he decided to take his love for music to the next level and started producing and he signed with three international labels, Dropped singles on some radios, and got a lot of international supports because of his melancholic approaches.

Arixx’s vibe isn’t just magnetic but also magnificently powerful. Hardworking and learning producing by himself just for 2 years and releasing his first single in 2018 is a great achievement for his age.

And I released more than 10 tracks and Trending podcasts on Mixcloud local chart shows. And also he engaged in a monthly radio show on Banger.lk and Island Pulse Radio in 2020. Plus released 4 music videos in the Sri Lankan EDM scene.

So in this year in 2021, He couldn’t release a lot of music but he learned a lot about music production by doing experiments so he has a lot of amazing originals and some collaboration to release. And also he missed a lot of international and some local festivals so in the upcoming year 2022 he is planning to participate in all of them. So “Eternity” is will be a turning point in his music career.

As we heard it’s an insane track with some thick bass grooves and some unique Arixx’s signature sounds. So Eternity will release under HRMNIC records and it will be available on all music streaming platforms next month. So stay in tune with Arixx’s brand new track ETERNITY will be out next January !!!! and get enjoy his new music and feel some bounce in your adrenaline and don’t forget to follow and support Arixx:  https://smg.bio/arixx