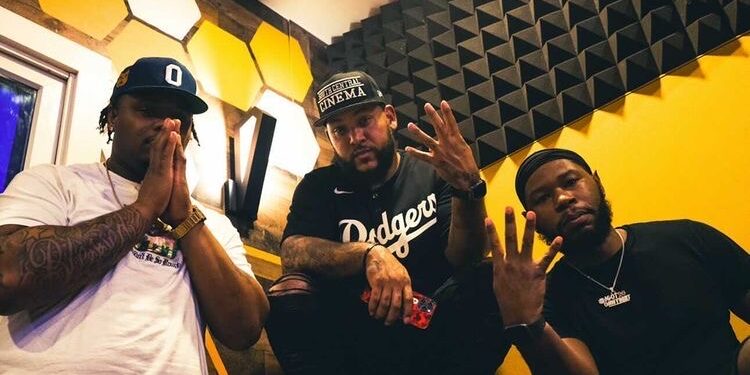 DaKidRiz is an artist who comes from the Canton, Ohio area. He first appeared on the rap scene in 2014 with his first song release titled “Ohio ” that he dropped on Soundcloud. This artist is highly underrated. His first debut single that catapulted his career was called “I Aint Got No Choice” which was released in 2015. Since then this artist has not been letting up.

He will stop at absolutely nothing to see his music become a successful venture for him. He not only wants to make more money for himself and his family but also his community He is dedicated to his craft and knows what it takes to get where he wants DaKidRiz is making some power moves.

But more recently during the pandemic, DaKidRiz has released his album delight which has done numbers. The album has picked up a tremendous amount of traffic. He has recently released a brand new album titled “Delight”. This album features various artists as well.

Sonabeats, ImFurious, and KenkBeat all help alongside some of Dakidris’s other close producers to help create a hit project. This album is hosted by famous DJ, DJ ESudd with Street Execs. After years of creating music, DaKidRiz has combined his life experiences with his music.

Becoming a relatable artist is essential in helping his fan base expand The more truthful you are with your stories the more an audience wants to tap into your music. It allows for an authentic connection with his listeners. The album title DELIGHT stands as an acronym:

Driven by excellence, Loyalty, Intelligence, Grace, Harmony, and Time. He hopes for nothing more, but to connect with his listeners and continue to express his stories within his content This album is now available and can be found on all major platforms He has also just released Delight Reloaded now on all platforms. His work on this project is immaculate.

Make sure you check it out. DaKidRiz is putting in some major work breaking barriers with each business venture. He is currently under project management with Dj ESudd who is also 2 Chainz’s official DJ. DaKidRiz. His music is picking up very quickly. Everyone enjoys his content! Dakidriz has been putting in work for a while now and is finally getting the notoriety his

brand deserves. This year his focus is solely on expanding his brand’s credibility and growth. On his personal website, you can find his latest releases, photos, important dates, and merchandise. His merchandise includes clothing for men, women, and children.

His vibrant face logo makes his merch stand out and highly sought after as he uses dope colorways for all of his merch. He is not your typical artist. His need to give back to his community really resonates with people. He not only wishes to give back doing his philanthropist work, but he would like to continue growing his brand.

Being a successful recording artist is only half of the mission for this go-getter. Nonetheless, each day has a new set of obstacles this young artist must adapt to. The music industry is ever-changing and keeping up with its latest trends and culture is a must. DaKidRiz is dedicated to his craft and is anxious to see his future with music. He puts his soul into all of his projects. Anyone who listens to his work is drawn into his catchy melodic vibe.