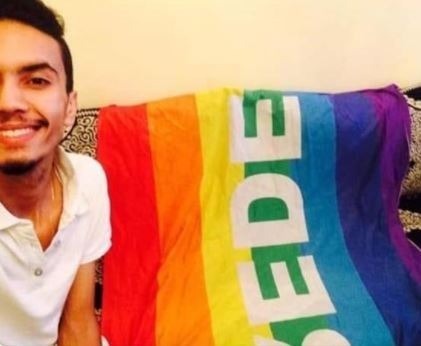 An LGBTQ activist faces harassment and isolation in Morocco after a former police officer from Morocco shared a YouTube video attacking for bringing sexual assault claims to court and standing up for the rights of minorities in a conservative culture climate.

Ouahiba Khourchech had come to the US as an asylum seeker, claiming to be a victim of injustice, persecuted by her former employers. Arguably Ms. Khourchech had abused the protection of the US government when her recent video attacking a vulnerable LGBTQ activist in Morocco brought him to the brink of suicide.

The video exposed “Adam”‘s real identity, endangering his life and subjecting him to false attacks on his credibility and harassment by extremists, resulting in a recently filed lawsuit by the LGBTQ activist against the ex-police officer.

“Adam” has chosen to appeal to the US justice and to hold Khourchech accountable for the slanderous attacks, including claims that as a homosexual, he cannot be considered a truthful witness in reporting an attempted sexual assault.

The claims against Ouahiba Khourchech are serious. The stake in this case far surpasses the individual situation of “Adam,” as Khourchech’s actions may impact the entire “LGBTQ” community in Morocco, as well as in Moroccan diaspora communities.

The lawsuit will unmask the hypocrisy of someone who claimed to be a targeted victim of injustice, but then who went on to inflict the same type of injustice on others, knowing fully well that the consequences for people already isolated and stigmatized by social bigotry can be dire. For instance, the attacks on the credibility of homosexuals in sexual assault cases may have a chilling effect on reporting such crimes to the authorities in Morocco.

In addition, despite her claims to an asylum status, Khourchech should not be free from scrutiny over her reputational attacks, violations to the right to privacy, resulting in endangerment of a vulnerable person’s life, and hateful rhetoric, which in the cultural context of the community, equates to incitement to violence.

The fugitive from justice in her own right, Khourchech should not escape accountability for actions violating the law in the US, which to someone, who has a history of manipulating public opinion with some level of skill, may come as a surprise.

Nor should it be forgotten that her attacks on “Adam” follow a lengthy investigation of his claims, resulting in his attacker’s trial and conviction for indecent assault with violence and sequestration. The image of Ouahiba Khourchech, which she had so carefully constructed and cultivated, is finally falling apart as “Adam” decided to take her to court in her new residence, where she sought refuge from justice for her prior misdeeds in Morocco.

CarboFix Reviews: Ingredients and Side Effects