by Livingstone
in Fashion
0 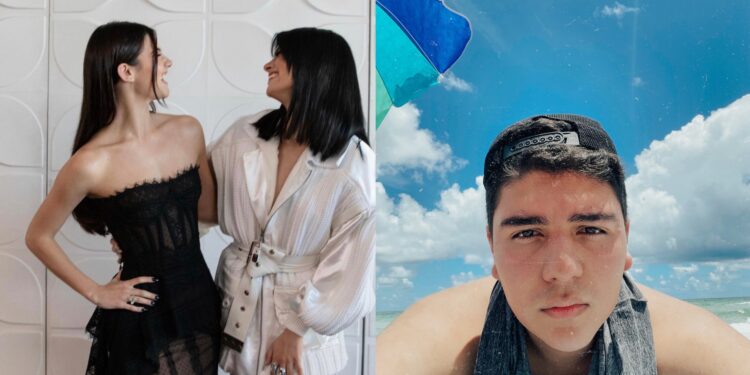 Fashion guru and influencer It’s David Martinez decided to make a comeback in his Instagram stories. The influencer has always been very controversial about how influencers come into the world of fashion and take opportunities away from young professionals Still, this time was the exception.

Through his story, the influencer was asked,” What do you think about Charlie D’amelio and Tik Tokers being part of NWFW 2021?” What the fashion guru answered was,” fashion is a universal language, and what happens on the runway is just a small part of the process.

They should be proud of the modeling part, but that’s just a small piece of what fashion is Fashion is for everyone because ultimately this is a business designed for the customer” A fact that is important to highlight is that fashion is a business People usually relate fashion only with the runways and the fashion weeks, but it is more than that.

Fashion is part of every individual lifestyle usually; as consumers, we do not realize, but we are part of the fashion business in our daily life. Today, we see Brentman Rock, Dixie D’amelio, Noah Beck, and Emma Chamberlain lined up for the most influential fashion shows in the world and people expect outstanding performance from them. We will see if more influencers from the fashion industry agree with Its David Martinez (@itsdavidmartinez). Also, it is important to mention that some of the best models started as influencers. Then they became who they are nowadays.

Moreover, Internet users were shocked by Martinez’s answer. After all, years ago, he decided to criticize some of the influencers that went to the MET gala.

He had to say, “I love the MET gala, but it is not fair for people that worked their way through not to receive as much attention in the event, thanks to influencers.” Although these are entirely different events, the MET gala tends to be the most exclusive Vouge event, and just a few of the most excels celebrities can attend.

Now, NYFW is a more cultural event where everyone can access. In fact, NYFW is not only one event. Multiple events help you be part of the most exclusive event in the fashion industry.

On the other hand, many people were commenting that maybe David Martinez has close interaction with these Hollywood Tik Tokers, and he does not want to ruin his chance with them. A source says that he had a trip to Los Angeles, and he connected with a famous house called the Compound House where top influencers like Taylor Holder, Markell Washington, Mian Twins, Nate Wyatt, and others live.

People comment that he is taking significant steps, and soon, he will be getting into a new industry with top Tik Tokers, and the price for that is keeping quiet his famous and controversial fashion reviews. As we know, these are unconfirmed rumors, but we hope David is doing well and he finds his way through the industry.